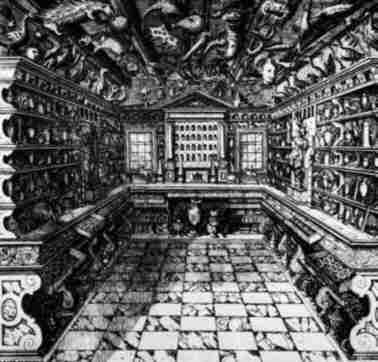 Collecting and preserving beautiful objects of different origin has been popular throughout the ages. At the time of the great geographical discoveries at the end of the 16th century, a variety of zoological, botanical and geographical items were brought to Europe where they became fashionable collectors pieces for the rich. These collections were given a variety of names such as theatrum naturæ, curiosity chamber, cabinet of natural history specimens, etc The diligent collecting and experimentation of the taxidermists in the past has formed the firm basis on which modern taxidermists work today.

A taxidermist does not choose his job only because he or she likes to work as an artist – you can earn much more in other exciting jobs – but because of the interest in animals. Both things are important for being a good taxidermist.

A taxidermist can record a lot of observations while working with dead animals, weights and measurements can be taken and put on a data base, which later, when the material is large enough, can be systematized and published. Other people – even professionals – only seldom have the opportunity to make these observations, and they are important, because they enhance the understanding of many biological relations. (cf. the Reference list).

To make these records the exact date of the death of the bird is of the greatest importance, but also information about the place where it was found and the cause of death, if known, are important information

The following information is taken from every bird:

Besides all these data it is also noted if parasites are found and ectoparasites and grit are kept, using floating techniques for grit, and stored. Endoparasites are stored in spirit. The size and mass of eggs in development and found calies are counted. If feathers are lost under the skinning process they are also stored for stable isotope analyses. For ongoing research other measurements are taken, e.g., how much weight feathers from different parts of the body can carry, uropygial glands size and mass and stored, orange fat deposit, age changes by birds with known age, “horn” length and badge size.Final are DNA probes taken from all skinned birds and the trunk skeleton kept. All infornation are not only written on a label and a catalogue but also put on an Exel database with about 200 columns.

Please, take a look also at the Reference list to see the result of current research published thanks these information.

Of course such a large amount of data give immense possibilities for studies if only the number of each species is large enough and from all months of the year. Some  research examples are presented below: 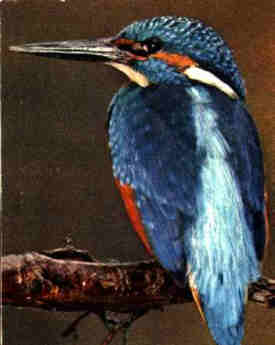 The European Kingfisher is often killed by window collision.

After 11 years study of the Long-eared Owl it is documented that there is a significantly biased sex ratio towards females during the winter months in western Denmark, while sex ratios approached parity in eastern Denmark, Sweden, central and southern Germany. The sex ratio from other neighbouring contries is also described. None of the present hypothesis for differential migration explain adequately the pattern that the largest – here the female – migrate. An alternative hypothesis is presented. Please read the article: Sex differences in winter distribution of Long-eared Owl in Denmark and neighbouring countries.

If you should be interested in reading a popular summary of the scientific result of a study of one thousand House Sparrow skins collected by Johannes Erritzoe please read The Common House Sparrow is actually also fascinating.

From 2000 to 2010 a study of bird traffic casualties was examined, in which four routes, of 1km length each, and one 1.5km long, were checked on foot and bike for dead birds every week; all roads near Taps, Denmark 55.23N 09.28E. The following objectives was pursued.

. Johannes Erritzoe has also in the last years made another book: “A Dictionary for Ornithologists” in co-operation with Kaj Kampp, Copenhagen, prof. Kevin Winker, Alaska, and Dr. Clifford Frith, Queensland, to facilitate the communication between ornithologists all over the world. It is now published by Lynx in Barcelona with the title: The Ornithologist’s Dictionary.

For curators it may be of interest to note, that most of Johannes Erritzoe’s research is based on his collection of bird skins and skeletons. How this collection was built up and is managed can be read here

During his many years of research Johannes Erritzoe has encountered many odd rarities from the nature, like e.g. a peacock changing sex after 18 years. Read more here

In April 2009 was the House of Bird Research from the Danish Invironment authority “Skov & Naturstyrelsen”  (now called Naturstyrelsen) acknowledged as a Scientific Institute. See CITES